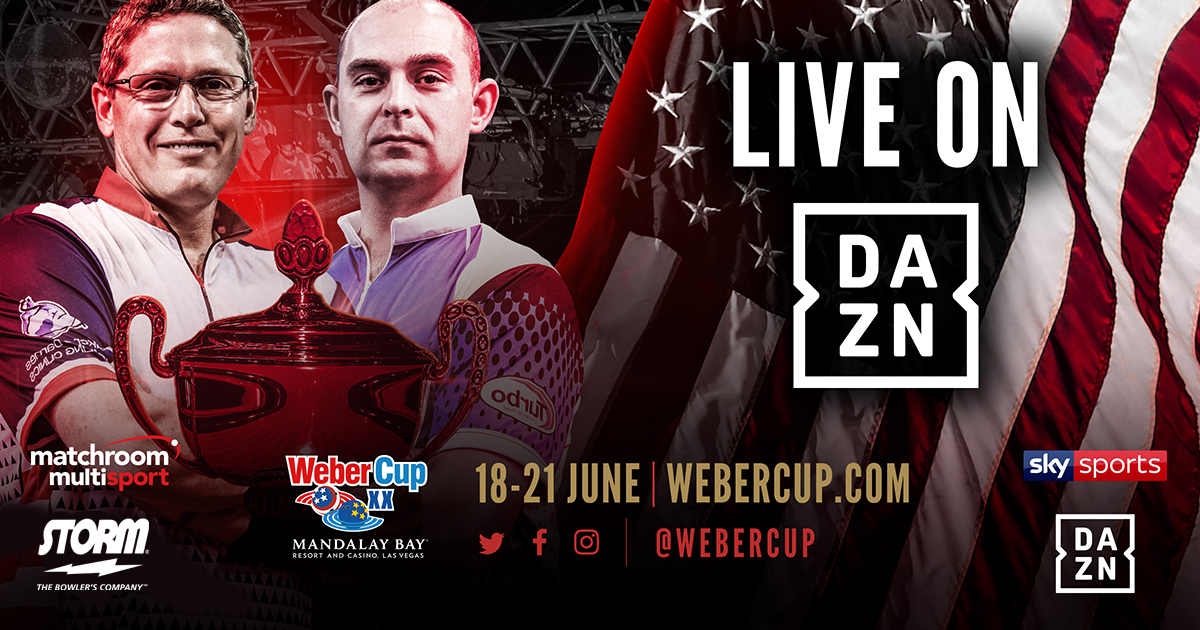 WEBER CUP TO BE BROADCAST LIVE IN AMERICA ON DAZN

The Weber Cup, tenpin bowling’s annual USA vs. Europe battle, will be broadcast on DAZN across America this June 18-21, live from Mandalay Bay Resort and Casino Convention Center, Las Vegas.

The 20th staging of the transatlantic tenpin tussle will see America as defending champions against a European team reeling after suffering a first Weber Cup defeat since 2012 in England last summer.

European captain Dominic Barrett has recalled the experience of three-time Weber Cup winner Osku Palermaa and keeps faith with Stuart Williams and Jesper Svensson as they bid to recapture the trophy they held for an unprecedented five years until USA won it back last year.

Joseph Markowski, EVP of DAZN North America said: “We’re happy to bring the Weber Cup to DAZN subscribers as we continue to grow our sports portfolio in North America.”

“With America as defending champions and the event taking place in Las Vegas for the first time, this is a great opportunity for us to grow both the Weber Cup and the sport of bowling and showcase this great sporting event to its widest audience yet.”

Live coverage of the Weber Cup will begin at 11am PT on Tuesday, June 18 and continue for four days live on DAZN in America, Canada, Brazil, Germany, Austria, Switzerland, Italy, Spain and Japan. The annual ‘Ryder Cup of bowling’ sees a mixture of singles, doubles and team matches played across four days of pulsating tenpin action. Tickets are on sale now at www.webercup.com.