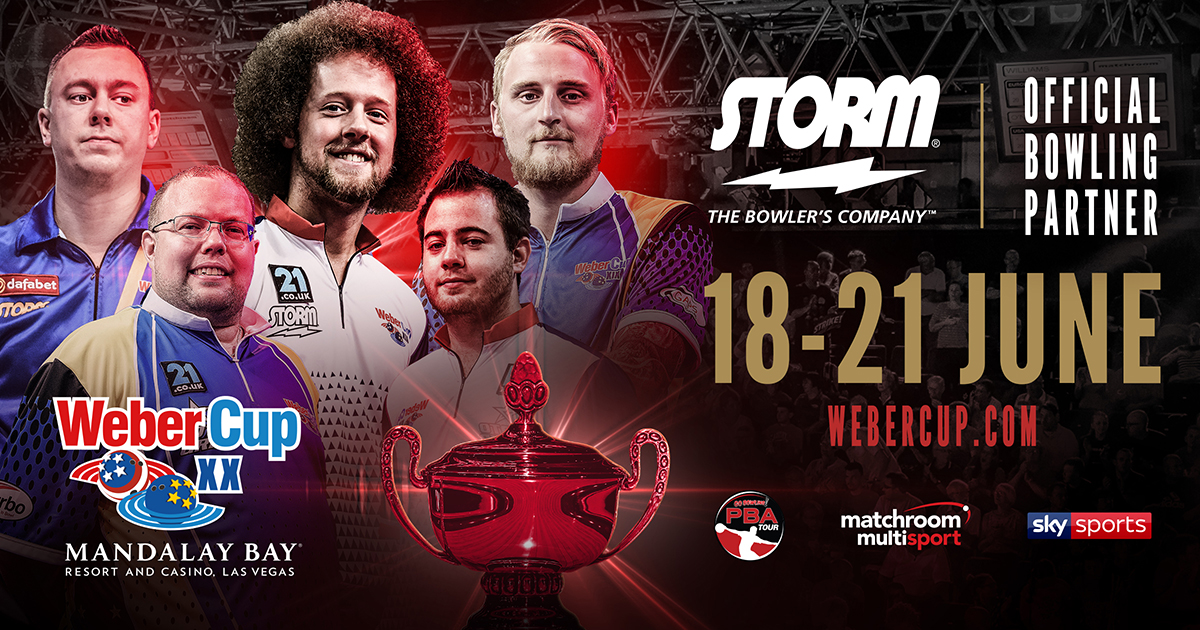 Matchroom Multi Sport is delighted to announce Storm will be the Official Bowling Partner of the 2019 Weber Cup, which takes place at Mandalay Bay Resort and Casino Convention Center, Las Vegas from June 18-21.

The 20th staging of the annual transatlantic tenpin tussle will see America as defending champions against a European team desperate to get their hands back on the trophy they lost to Chris Barnes’ side last summer.

The US team features Storm athlete Kyle Troup, while Europe line-up with Storm’s Jesper Svensson and Osku Palermaa, who returns to the team for the first time since 2015 to make his seventh Weber Cup appearance.

“It is a great honor for Storm to now be associated with the Weber Cup as the Official Bowling Partner,” said Dave Symes, President of Storm Products. “Storm has a long history of investing in competitive bowling and we couldn’t be more pleased to support the continued tradition of this event.”

Emily Frazer, COO of Matchroom Multi Sport, added: “We are thrilled to be working with Storm as we bring the Weber Cup stateside for the first time. Having Storm on board for this year’s event gives us a great chance to work together to grow the Weber Cup and the sport of bowling and we are looking forward to a successful event at Mandalay Bay this June.”

The Weber Cup has a global TV reach and will be shown live in over 100 countries around the world. Sky Sports will air the event in the UK and news of a US broadcaster will be announced shortly. The Weber Cup is the ‘Ryder Cup of Bowling’ and sees four-man teams from the USA and Europe competing in a mixture of singles, doubles and ‘baker’ matches.

WEBER CUP TO BE BROADCAST LIVE IN AMERICA ON DAZN