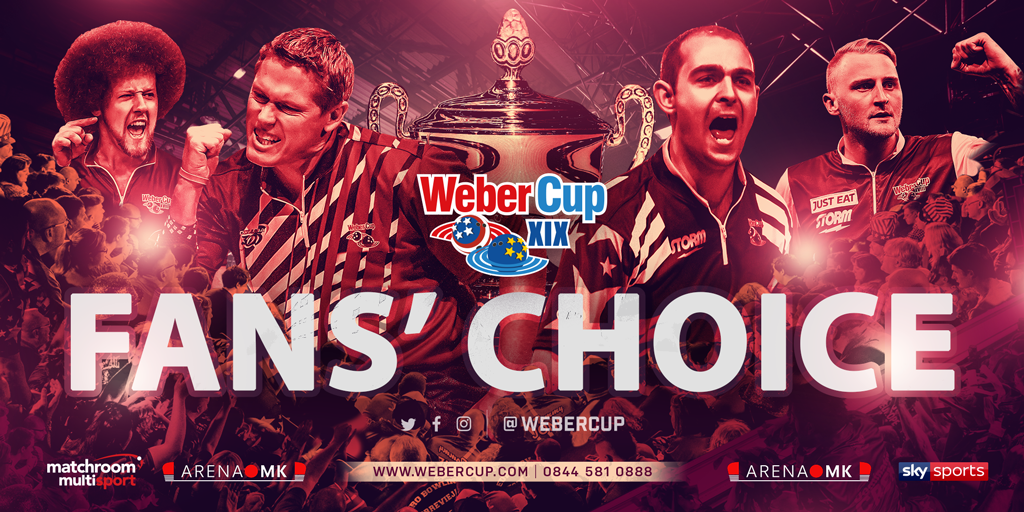 This year the Weber Cup is putting the power in YOUR hands as players for Friday’s final match will be selected by Weber Cup fans!

Players for the final singles match of the opening session will be chosen by a Fan Choice vote, with supporters able to select one European player and one American player at www.webercup.com and across the Weber Cup’s social media channels. The player from each team who receives the most votes will bowl the last match on Friday evening. The vote will open on Thursday, June 14.

In other changes, the final match of the Saturday evening session will now be a free Captain’s Pick where each captain will have an open pick to select one player from his team to bowl the final singles match of the day. This selection will be made shortly before the match is bowled.

On Sunday evening, the tournament’s penultimate scheduled match will now be an MVP Match, where the bowler from each side who has won the most matches will bowl a final singles match. To determine the MVP, one point will be awarded for a singles win and half a point for a doubles win. Should two players in the same team be tied on points ahead of the MVP Match, total pinfall will be used by way of a tie break.

These new matches replace the previous ‘Opposing Captain’s Pick’ matches. Each of the three new matches will be free picks and will have no determining factor on later matches.