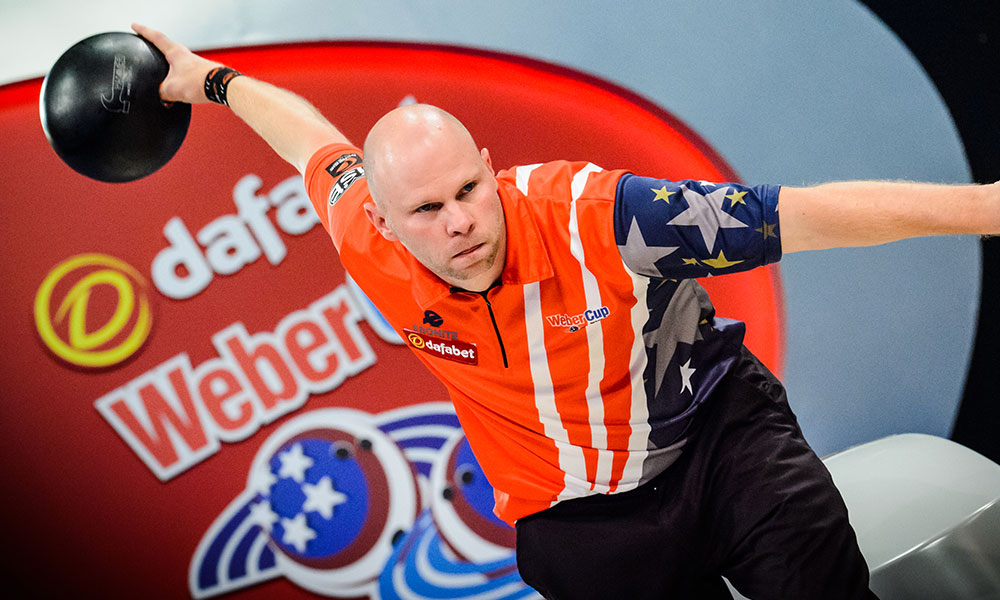 Tommy Jones admits the Weber Cup brings out his fiery side as the 18-time PBA Tour champion prepares to make a record 11th appearance at the annual transatlantic tenpin tussle at Arena MK next week.

Jones last represented his country at the Weber Cup as captain in 2015 but his side suffered a 17-8 reversal as the South Carolina bowler made his tenth appearance at the tournament, equalling Tim Mack’s record.

Three years on and Jones is returning to bowling’s most famous lane, alongside fellow Weber legend Chris Barnes, as USA set out to lift the Cup for the first time since 2012 and end their longest dry spell in the tournament’s 19-year history.

“Representing red, white and blue is a big deal to me,” said Jones. “I can’t explain how excited I am to be back at the Weber Cup. It’s one of the best events of the year and I have missed it a lot the last couple of years. There is nothing like the fans and the environment to get your juices going and ready to compete for your country.

“I had no idea that I had bowled more Weber Cups that anyone. That’s a pretty cool thing to think about. I have been on both sides of winning and losing but every time I was extremely proud to have played in the event.

“We have to get momentum early. The Europeans have bowled very well the last few years and have kept the momentum going from the previous years. We need to stop that early in the event and try to get ahead and relax the young guns on our team and let them go out and have fun.

“I think Chris and I have a lot to offer to the younger players and we will be able to draw on previous experiences in the event. They will see a different side of Chris and I when we wear the red, white and blue and get on the Weber Cup lane. It changes me and makes my fiery side come out.

“Bowling in the UK is amazing. The fans are respectful but love their team. I respect that and look forward to seeing some of the friends I have made over the years but also meeting some new people and checking out the new venue. It will be EPIC. “