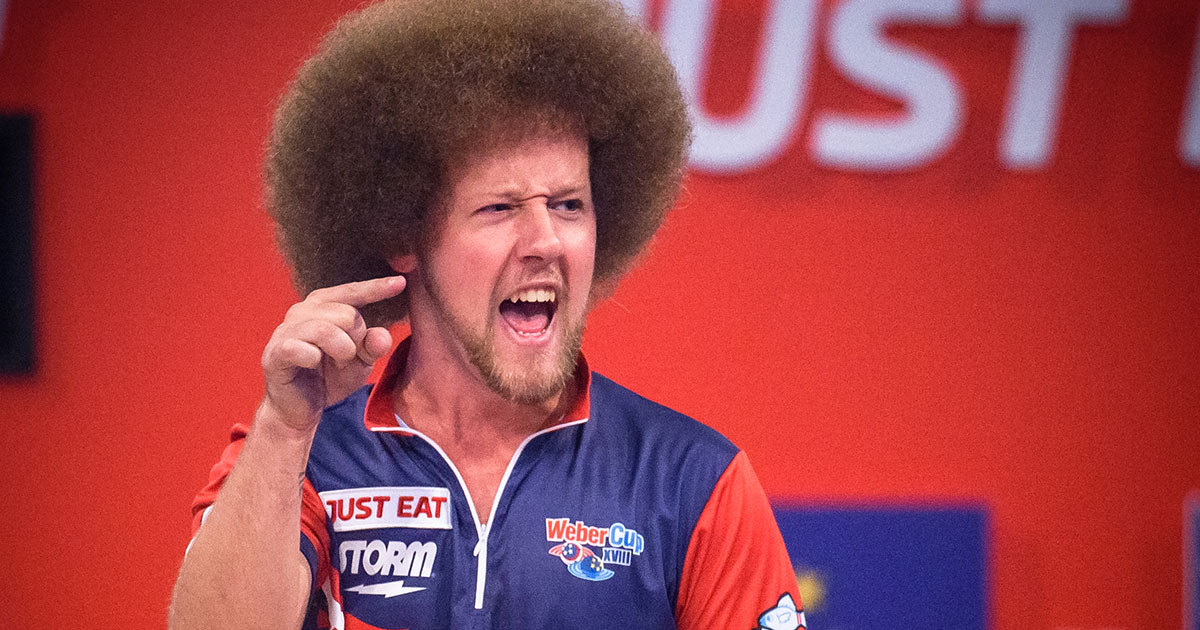 Kyle Troup says Team USA will ‘leave it all out on the lane’ as they target their first Weber Cup win since 2012.

The Team USA fans’ favourite has played the last two Weber Cups but is yet to lift the trophy. The 26-year-old is the only 2017 American player to have kept his place on the team, with Chris Barnes and Tommy Jones returning and Anthony Simonsen set to make his debut and Troup believes that quartet has the right mix of talent and chemistry to wrestle the trophy back from the European grasp.

“The feeling of being able to represent the Red, White and Blue on that famous single lane with the epic crowd is a blessing,” said Troup. “I am honored to be on The Weber Cup team once again.

“Being able to compete in the Weber Cup twice already has been great, however to be able to win the Cup would be a dream come true. Not only would it mean a lot to me but to our country. To stop the dominance of Team Europe and bring the Cup back to the United States would be spectacular.

“We have four guys on this team who are willing to leave it all out on the lane, go out with a fight, and able to throw a nine bagger at any point and time. The four of us have not competed together however we all have very good relationships with one another and the chemistry will be there right along with Europe. They are sure going to be worried about this team this year.

“I cannot express enough how exciting and electric the Weber Cup is. I would have to say it is my favorite tournament of the year. I thrive in the environment that the Weber Cup provides. I am able to express all my emotions and use the crowd to my advantage in pumping myself and our team up. Bowling in the Weber Cup makes my career as a professional bowler that much more exciting and drives me to be better.

“The best thing about bowling for Team USA at the Weber Cup is I am able to have those red, white and blue colors on my back, and know that they have faith and believe in me to compete and represent our country. The Weber Cup was my first opportunity to represent USA, so I will always have a special place in my heart for the Weber Cup.”