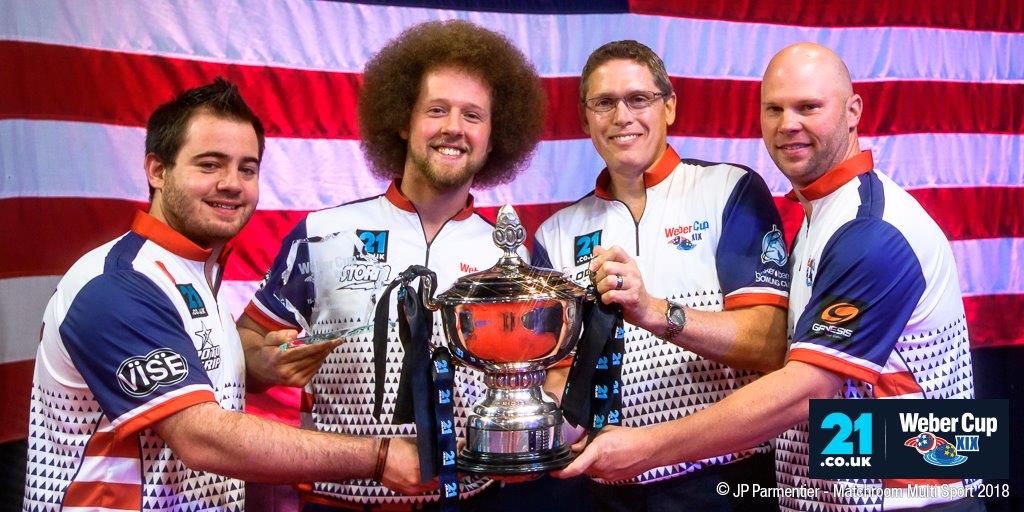 TEAM USA have regained the 21.co.uk WEBER CUP after a barren five years as they came out on top, dominating their European counterparts over the three days of play. The nine-point winning margin was one of their better wins in the event’s 19-year history and sets the competition up nicely for its first-ever playing in the United States next year.

Man-for-man the Americans were the better team with Kyle Troup winning Most Valuable Player honours, a first time for the event. Debutante Anthony Simonsen was close behind following an electrifying three days that showed why he is the form player in the world at the moment.

Chris Barnes, the recalled captain of Team USA, was delighted with his return to the event; “It feels a lot better than the last time I was here, when these guys did it in the final game in the most heart-breaking fashion for us. A much different feeling this time around and I am really happy for Kyle too. Kyle and Anthony were incredible all weekend; the youth, the power, and if you can’t beat them, join them, and we were lucky enough to join them this weekend.”

The evening session required just a single match as the rampaging Troup turned over Dom Barrett to seal victory for the team as well as secure his MVP honours.

“I am ecstatic; to be MVP is an honour, and I feel I should be sharing the award with all three of my team-mates because it takes four players to win the Weber Cup. After a five-year drought for us to finally win the Weber Cup it will be a memory for a lot of us for a very long time,” said Troup.

For Europe, they will need to regroup and mount a fresh challenge in the USA next year. Commented Dom Barrett, “We had a really good run for the five years that we won it. Congratulations to USA, they bowled great and they really were a way better team this week and they bowled better than we did.

“A big thank to the crowd. This is the best lane in the world, we love bowling here, it didn’t go our way this week but we still had a great time. For us, this is the highlight of the year.”