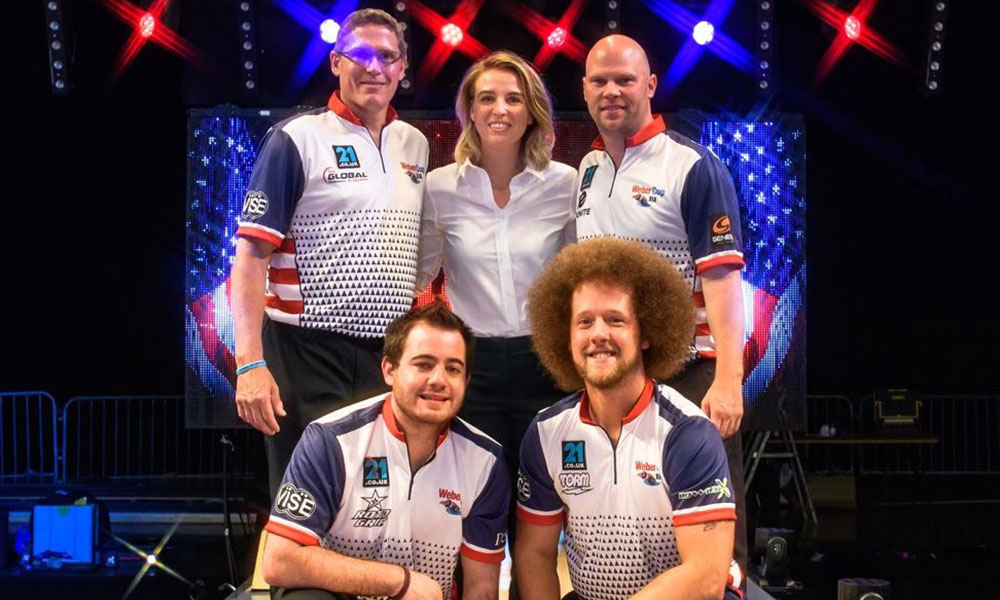 USA will defend their Weber Cup trophy on home soil next year after it was announced the 20th annual transatlantic tenpin tussle will be staged in America for the first time in 2019.

Returning captain Chris Barnes helped inspire the stars and stripes to a 19-10 victory against Europe at Arena MK over the weekend, with Kyle Troup taking the MVP award, Tommy Jones making a record 11th Cup appearance and debutant Anthony Simonsen wowing the crowds with a world-class display of bowling.

Full details of the Weber Cup’s debut in America will be announced later this year, including the dates and venue for the 20th anniversary of bowling’s famous continental clash.

“America have always had to travel over to Europe for the Weber Cup but we are now pleased to announce that USA will be defending their title on home soil next year,” she said.

“The Weber Cup is the Ryder Cup of bowling so it is only fitting that Europe and America share hosting duties as they already do in golf and our own Mosconi Cup and we are excited to be taking the Weber Cup Stateside in 2019.”

Team USA captain Barnes added: “I cannot wait. Hopefully the crowd in America will be every bit as good as it is in England – they have a lot to live up to.

“It is great news for the Weber Cup and great news for bowling fans in America who will get the chance to see this fantastic event live. We’re ecstatic to have won the trophy and we’ll be fighting hard to keep it next year in front of our home fans.”