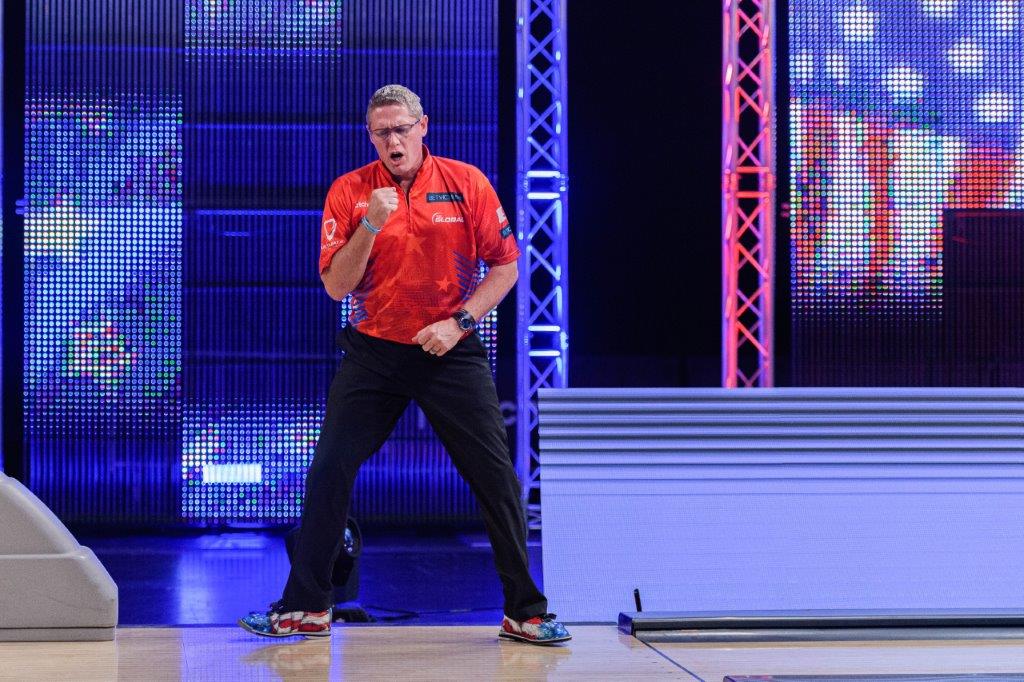 Team USA are closing in on a third consecutive BetVictor Weber Cup title after closing out Tuesday’s play at Ricoh Arena, Coventry with a 16-9 lead over Team Europe, live on Sky Sports.

The first team to 23 points will take home the title and Europe’s hopes of ending their current losing streak look slim with USA holding a huge advantage ahead of the final day of play.

After tying the afternoon session, Europe needed a big evening and got off to the ideal start with a 263-233 win in the Baker team match which opened the session. Then, Stuart Williams, who had struggled so far in this year’s BetVictor Weber Cup, finally got his first point on the board. He and Chris Barnes both struggled at times with the pattern, but it was the Englishman who did enough, winning 234-232 to cut USA’s lead to 13-8.

“The relief is palpable for sure,” said Williams. “Me and Chris can definitely turn off our friendship when we need to! Chris is probably struggling the most on their team, so this was definitely the battle between the two guys who have struggled! The lanes always get a little messy after the baker, and thankfully for me they were just messy enough.”

USA’s first point of the session followed as Kyle Troup bowled 254 against Osku Palermaa, who had looked good in the afternoon session but struggled with the pattern and could only manage a 202.

Barnes then made up for his earlier defeat with victory over Jesper Svensson to restore USA’s seven-point lead, and they extended that even further when Bill O’Neill beat Thomas Larsen 256-232.

“For me, I am really confident in my game right now,” said O’Neill. “I am completely in control and doing whatever I want with the ball and making a lot of really good shots. For me right now it’s about finding the spot on the lane which gives me the most mistake room so I can bowl a big game.

“I got off to a really good start there and fortunately for me Thomas made a bad shot in the middle of the game and that allowed me to go through a period of transition before I figured it out in the ninth.”

The final match of the session saw Palermaa and Svensson team up again to face O’Neil and Troup and the European pair who delivered a point at the end of the afternoon session repeated the feet at the end of the day to claw Europe back to within seven points.

“We bowled a very good doubles game earlier today and I’m happy we got a win once again in the last game of the session,” said Svensson after the 278-266 win. “I feel like we bowled really well today and could have easily won a couple more matches. It’s definitely a step in the right direction and something we can build off going into tomorrow. We are still very far behind but a big day tomorrow and we might be able to catch them.”

The 2020 BetVictor Weber Cup continues from 1pm (UK time) on Wednesday behind closed doors at Ricoh Arena, Coventry. Fans can get involved by heading to www.webercup.com and submitting videos and pictures to be used on the laneside screens at this year’s BetVictor Weber Cup.