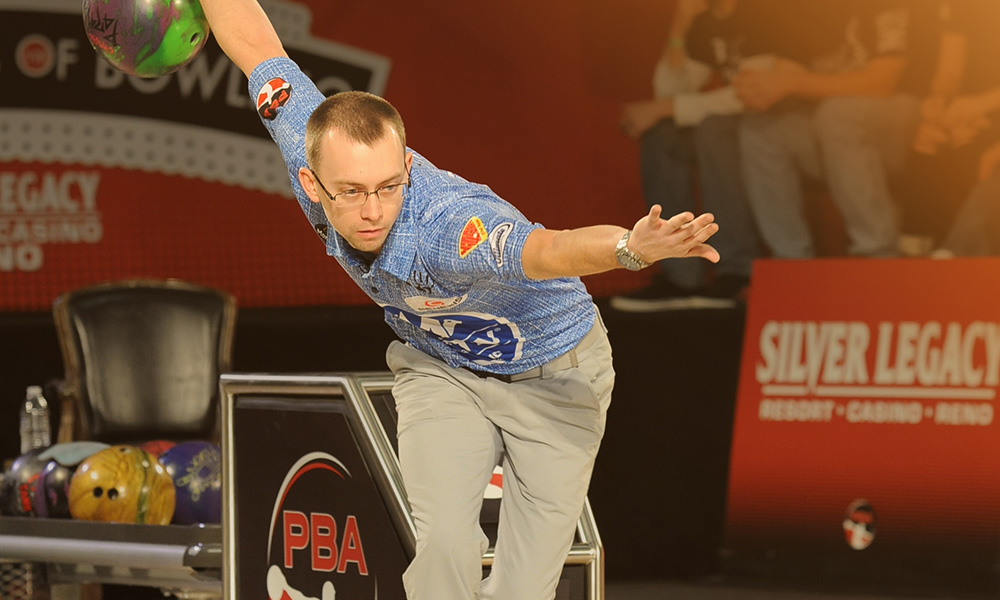 The American team has a new look this year as the tournament returns to the Yorkshire strike mecca with Europe having won each of the last four Weber Cups. Twelve-time PBA Tour champion Sean Rash leads the team, with Kyle Troup and Marshall Kent – both debutants in 2016 – completing the four-man squad.

Tackett won the 2016 PBA Player of the Year award after collecting his first World title, and earlier this year won the PBA Tournament of Champions – his second tenpin major. The 25-year-old from Huntington, Indiana has long since had his eye on the Weber Cup, and finally gets his chance to bowl on the world-famous Metrodome lane this September.

“The Weber Cup is one of those events that every player strives to be able to bowl,” said Tackett. “This is definitely something I’ve wanted to have the opportunity to do for a long time.
“The competition will be fierce because there are so many good players from all over the world. But, Team Europe won’t know what hit them when this team shows up this year.”

Tackett and American captain Sean Rash both make their tournament debut this year. Kent and Troup both made their Just Eat Weber Cup bows in 2016 and quickly established themselves as fan favourites and return to the USA line-up this year.

Europe are unchanged from the side that scored a 19-11 victory in 2016. Dominic Barrett leads the team for a third time as he makes a European record tenth Just Eat Weber Cup appearance alongside England’s Stuart Williams and Swedish pair Martin Larsen and Jesper Svensson.