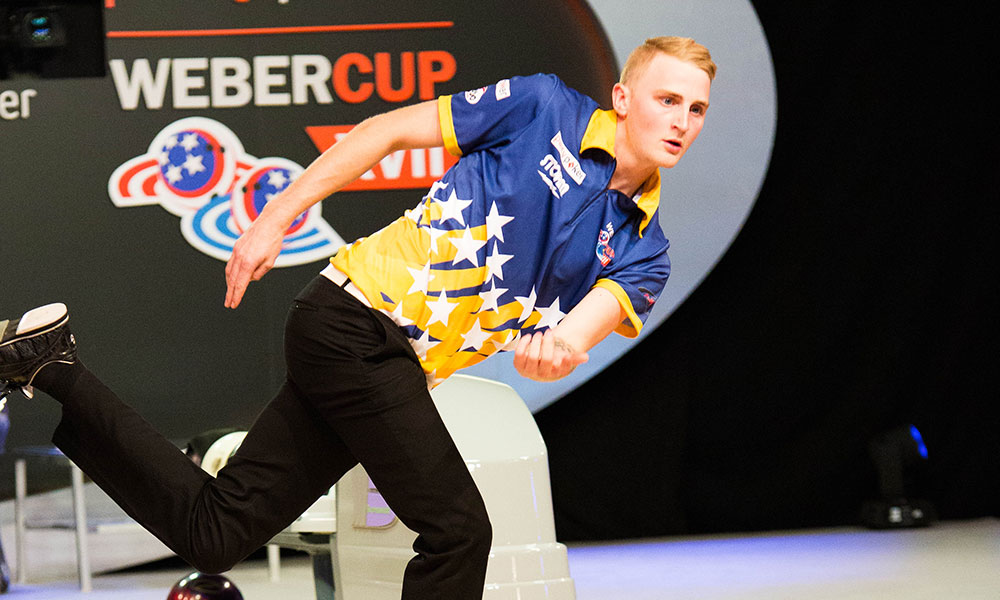 Sweden’s Rookie Sportsman of the Year 2016 was instrumental in Europe’s victory last summer, winning all eight singles and doubles matches he played on debut as the hosts dismantled America for a 19-11 success.

“It’s a great pleasure to be selected to bowl for Team Europe again,” said Svensson. “I am already looking forward to seeing everybody in Barnsley.

“Last year’s event was a great experience and perfect performance for us, so I hope we can keep doing what we did last year and get another victory for Europe.”

Rash takes up the American captaincy as he and Tackett both make their Weber Cup debuts at Metrodome Arena. Marshall Kent and Kyle Troup return to the USA line-up having established themselves as fan favourites in 2016.
Weber Cup XVIII takes place from Friday, September 8 until Sunday, September 10 at the Metrodome Arena, Barnsley. Tickets are on sale now at www.webercup.com priced from just £11 for adults and £6 for concessions with family ticket discounts available.