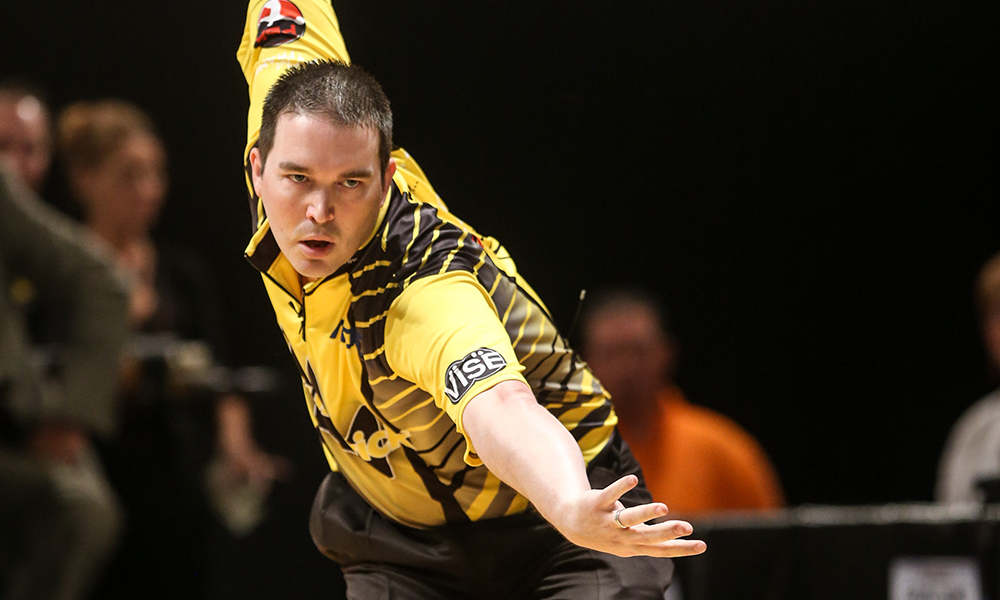 New American captain Sean Rash has warned Team Europe that he is intent on taking the Weber Cup back to where it belongs – on American soil.

The 35-year-old from Montgomery, Illinois has 12 PBA Tour titles to his name and makes his long-awaited Weber Cup debut at Metrodome Arena, Barnsley, September 8-10. Rash also takes the helm as team captain as USA look to arrest a four-year slump which has seen them fall behind Europe in the all-time Weber Cup record for the first time.

However, America can level the historical score at 9-9 with victory in Yorkshire, as the Weber Cup returns to its spiritual home at the Metrodome Arena.

Rash has waited some time to receive the call-up to Team USA, and now he has finally been selected, the man who has bowled 26 PBA Tour 300 games can’t wait to get stuck in.

“I was ecstatic when I got the call that I had been chosen to compete in this year’s Weber Cup,” said Rash. “I was even more shocked that I was selected to be the Team USA captain. I do have to say I am the old one on the team by a few years.

“I am honoured to be able to represent Team USA in the Weber Cup for the first time this year and I am looking forward to the competition. The Weber Cup belongs in the USA and I am going to be be happy to help my team bring it back where it belongs.”

Rash leads a new-look team USA with World Champion EJ Tackett also making his debut. Marshall Kent and Kyle Troup both made their Weber Cup bows in 2016 and quickly established themselves as fan favourites and return to the American line-up this year.

Europe are unchanged from the side who scored a 19-11 victory in 2016. Dominic Barrett leads the team for a third time as he makes a European record tenth Weber Cup appearance alongside England’s Stuart Williams and Swedish pair Martin Larsen and Jesper Svensson.
Weber Cup XVIII takes place from Friday, September 8 until Sunday, September 10 at the Metrodome Arena, Barnsley. Tickets are on sale now at www.webercup.com priced from just £11 for adults and £6 for concessions with family ticket discounts available.