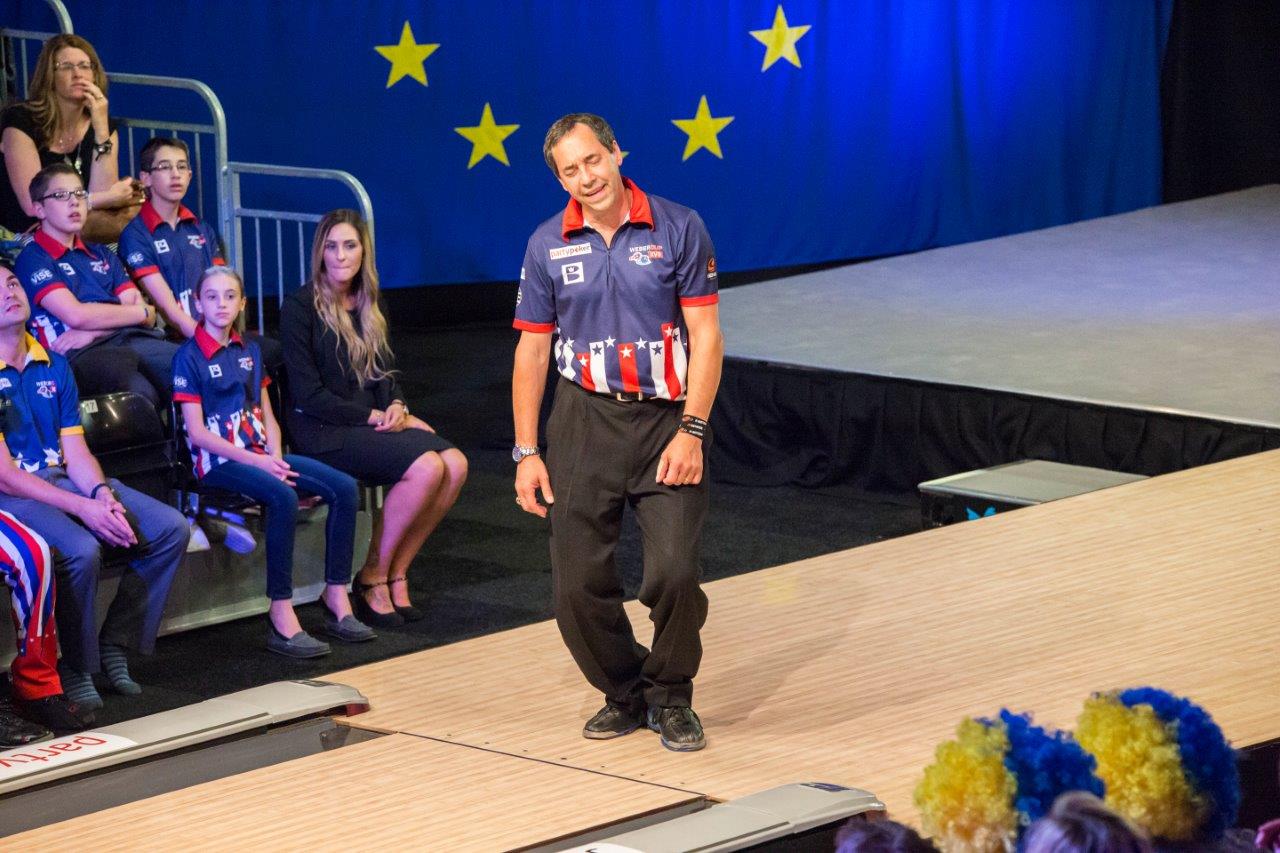 TEAM EUROPE restored their five point lead at the 2016 partypoker Weber Cup as they claimed the Saturday evening session 4-3 to increase the overall score to 13-8 at EventCity, Manchester.

After the USA took the opening Baker, Europe reeled off three straight wins before the Americans rallied with two wins. The evening culminated in the captain’s pick where the American choice of Martin Larsen delivered the highest score of the tournament thus far. 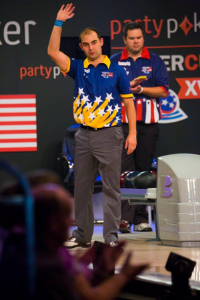 European captain Dom Barrett said, “We are very happy with what we have. It has been a tougher day than we had in the last couple of years but we got through it pretty well. Martin was struggling a little bit, I was struggling too but in the captain’s pick Martin came through for us and bowled great.

“Last night we went to bed and it felt good, tonight we don’t have the same feeling because we didn’t dominate like we did yesterday. We will go into tomorrow knowing it isn’t a given and we will have to bowl really well. We didn’t bowl badly today but we can bowl better and if we do bowl better tomorrow, the six points should take care of themselves.”

The opening baker went right down to the wire as Europe looked set to take the point, leading by seven pins going into the final frame. However, Dominic Barrett left a single pin standing, leaving Wes Malott needing a strike for victory and the big man converted to make it three points in three games for his team.

The USA resurgence didn’t last for long as Stu Williams extended the European lead as he put in a professional showing and got the better of rookie Marshall Kent, who hasn’t looked that comfortable so far in the event. 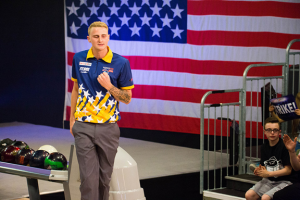 Euro rookie Jesper Svensson continued his thrilling run at the Weber as he put on another confident performance to defeat American captain Parker Bohn by a 56 pin margin. The 21 year-old Gothenburg native has now won four from four and looks a good bet to beat anyone here this week.

Wes Malott had a chance to make amends in the next as Dom Barrett faltered to dissipate a solid lead, but nine spare in the final frame was his undoing. That win returned the Europeans to a six point lead, leaving the Americans in dire straits.

Another Weber Cup first timer put in a blistering display, though, as Kyle Troup thundered the ball down the land two handed to rack up six straight strikes to put distance between himself and opponent Martin Larsen. Despite an open frame, the flamboyant American was never threatened by a lack lustre Larsen. 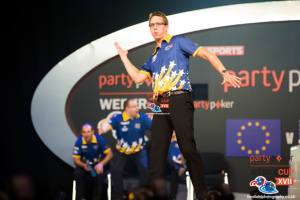 In the penultimate game, Marshall Kent redeemed himself with a great display to best Stuart Williams 255-222 leaving the captains’ pick match to close it out. Larsen who had looked a bit out-of-sorts earlier in the evening, cracked home a 289 game to leave the American’s reeling.

Commented Larsen, “I have been bowling pretty poorly so I was just trying to get back into my rhythm and get my feet working. The bowling went great, I was locked in and got a little bit lucky too.

“There is still a long way to go. Every ball we have to fight for, we have to go to bed and be happy with our performance and try to dig in tomorrow.”

American rookie, Kyle Troup was reflective on the day’s proceedings; “We are only five down and we are going into tomorrow picking our pattern and we feel really confident going in that we can go 5-2, if not 6-1 for the session and we are not going out without a fight – I made sure to let them know that at the end of my match. 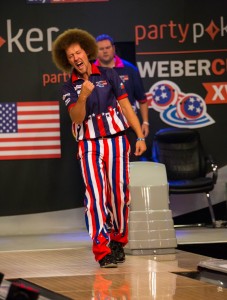 “Getting off to a good start is crucial; we want to win the first two. As they creep closer to 19 they will want it more and more so we want to catch up as quickly as possible.

“I am loving the Weber Cup. On the first day it was a little rough, the splits beat me up and I was beating myself up a little bit overnight but I came out today clear minded and had more confidence under my belt.

“There were hardly any nerves today and I attacked both patterns how I liked. You have to feed off the crowd and the more loud and enthusiastic they get, the better for me.”

Europe one away from victory