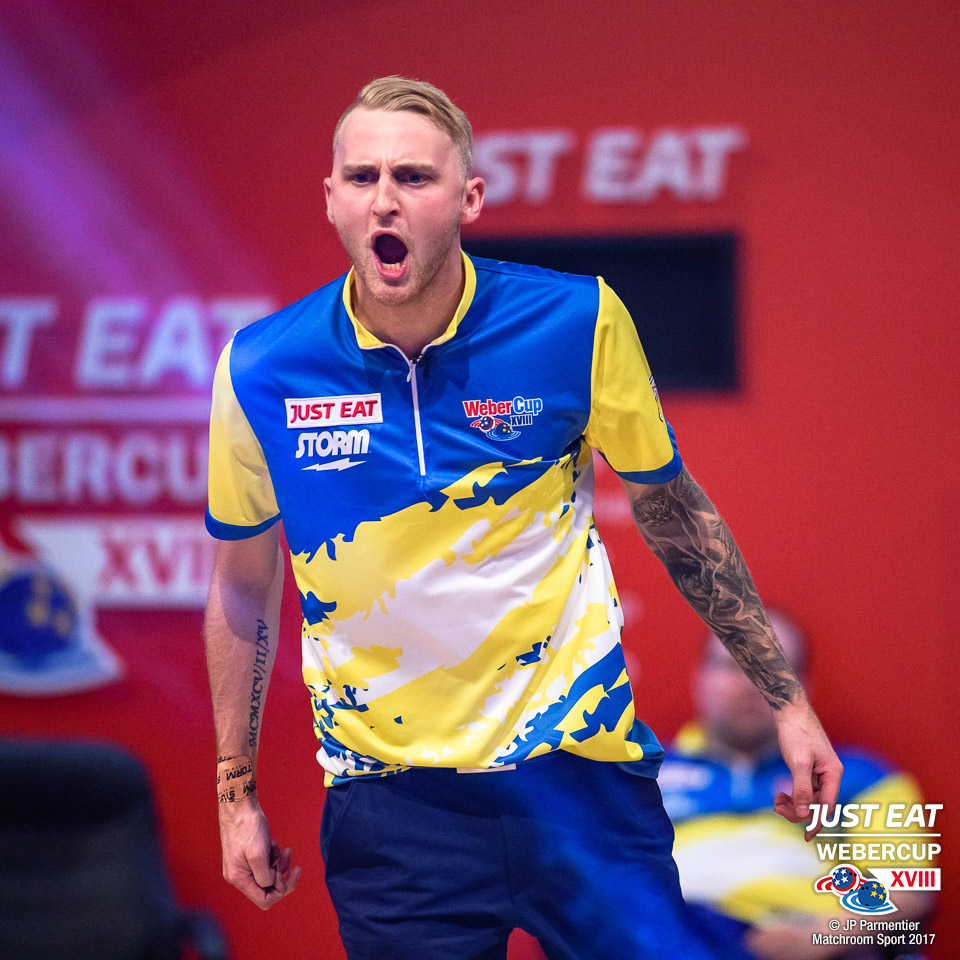 TEAM EUROPE look firm favourites to retain the Just Eat Weber Cup as they dominated the Sunday afternoon session to move four points ahead of their American rivals and within three of the winning line. Despite a high scoring win from Kyle Troup in the opening game to level things up at 11-all, it was pretty much one-way traffic from then on as Europe won five of the remaining six matches with Sean Rash the only American winner.

First out, the English pairing of Stu Williams and Dom Barrett recorded a huge 86 pin win over Kyle Troup and Marshall Kent. It was a body blow for the USA and that was compounded in the next match as Williams edged out Kent by five pins in a match that he was favourite to lose at the mid-point.

Barrett was back in the fourth match, this time in the company of Martin Larsen, and they got the better of Rash and Kent to move the score to 14-11. Rash though wasn’t done as he enjoyed a comfortable win over Larsen to pull one back and throw his team a life-line.

That unravelled in the final two games as Svensson took two points, the first in the company of Stu Williams, and finally, a 45 pin singles win over the disappointing EJ Tackett. Tonight will see singles matches until a conclusion.

Commented Dom Barrett, “It will probably be me and then Jesper third on the burn, we are not sure on the other guys yet. We won’t change anything this evening. We will go out there with the same mentality we have had the whole time and not really look at that number. We are all bowling really well so we will try to keep that up.”

His counterpart Sean Rash was optimistic despite the uphill struggle ahead; “I’m guessing Dom will be first out tonight so we will go with Kyle; he did a pretty good number on him earlier. We are still bowling and it won’t be any other way until they get to 19.

“We have put on a pretty good show so far, so we will see what happens. I bowled one game and bowled really well. I feel I have Martin’s number right now so I am hoping I get to bowl him again.”