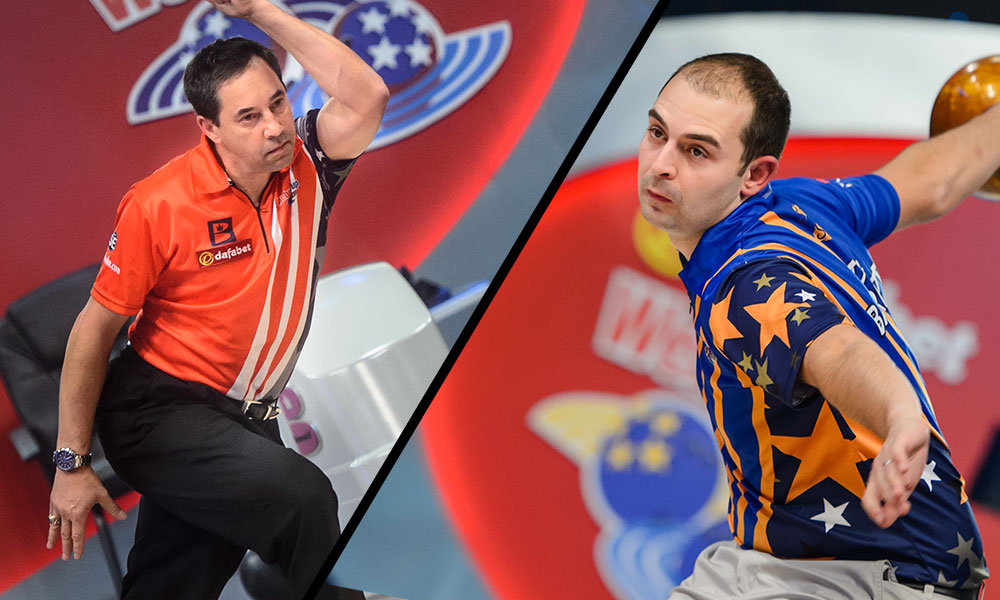 TEAM EUROPE, lead by captain Dominic Barrett got off to a superb start at the partypoker Weber Cup as they won the opening session 6-1 to take a five point lead going into Saturday’s play at EventCity, Manchester. It was the perfect start to their defence of the title and America will have it all to do over the two sessions on Saturday.

Commented Barrett, “We weren’t expecting such a big lead, no. You go into things with all the clichés in the world about one match at the time, going out there to do your best, but we had a really good team, we all bowled really well tonight.

“Martin settled down a lot and came through in match six after losing match four, and that made their captain’s pick really tough. The main thing we did tonight was make it really hard for them and the score reflects that.

“I won’t say much overnight. Martin has good care of Jesper as they are from the same club in Sweden. The key for us was to help Jesper settle down quickly because the other three of us have plenty of Weber Cup experience. He is such a great champion and has no fear, and at 21 years old.”

To open, Europe carried on the trend of Baker match success as they took the opening match by a 31 pin margin. The tournament, entering its 17th season, has adopted the ‘World Scoring’ system whereby the bowler receives 30 points for a strike, ten points plus the number of outstanding pins for a spare, and the number of felled pins in an open frame.

Barrett himself moved the score along to 2-0 as he got the better of Wes Malott in a high scoring match. Debutant Jesper Svensson, the latest in a line of top drawer two-handed bowlers, showed no nerves as he delivered a 264 game. That was just too much for fellow debutant two-hander Kyle Troup’s 252.

Captain Parker Bohn III stopped the rot in the fifth as he took down Martin Larsen, with 45 pins being the winning margin. That was to be the Americans’ sole contribution to the evening as Stu Williams took the next, beating US rookie Marshall Kent.

Martin Larsen made amends for his earlier defeat in the next before the final match, a captain’s pick whereby the two captains pick their opponent’s bowler. Bohn opted for his opposite number Barrett while the Euro skipper went for rookie Kyle Troup. It was Barrett who prevailed to close out the evening at 6-1.

For Parker Bohn it was a devastating start to the tournament; “We have to go and discuss what we did that did not go in our favour. I know that we have quality players and good team chemistry, all we have to do is sit down and put our heads together and put the best players up at the best time and if we can do that, we can make it work.

“If you look at the last game Kyle bowled, he bowled an outstanding game it was just one shot in the ninth frame that was the turning point in the match. If you look at most of our matches, including my own, there was one shot that was the let-down for us. We have to avoid that shot and we can turn the bad breaks into good breaks.”

‘Your referee in charge of the action…’