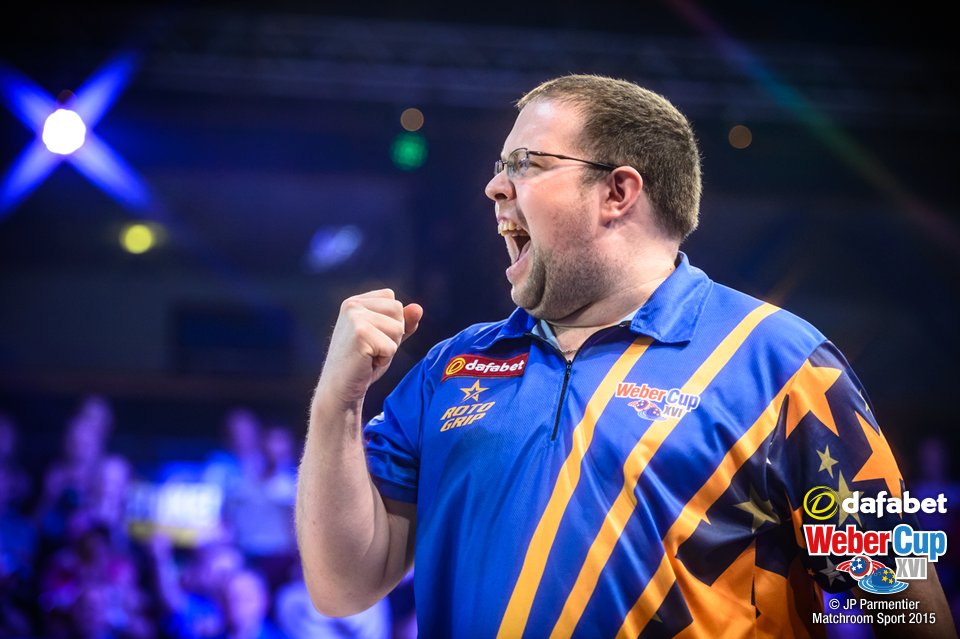 THE 2015 DAFABET WEBER CUP made it through to the Sunday evening session as Team USA finally turned up as they won the afternoon session 4-2 with some gritty match play that saw them prevail in some close, low-scoring games. The European team won two matches to leave themselves on the brink and now need to win just one of the nine possible matches tonight.

With his side drinking at the last chance saloon at the start of play, US captain Tommy Jones came out firing as he secured the first point of Sunday, holding off Martin Larsen to win by 34 pins, and reduced the deficit to nine points. That became eight points in the next as the Jones/Malott axis gutted out a narrow win over Stuart Williams and Martin Larsen.

The big Texan had let the Europeans back in with a very poor shot in the first frame of the tenth but Larsen failed to capitalise. It was the first time in the tournament that the USA had put together two consecutive wins.

Malott made it three consecutive wins in the next game as he beat Osku Palermaa in a low-scoring encounter. Palermaa left an open frame following a big split and it gave Malott the chance which he took. That took the score to 14-7, thus avoiding the worst ever Weber Cup hiding, but Williams and Barrett stopped the USA revival in the next in a thrilling encounter which was decided by a single pin.

Both pairs never really settled in the error-strewn match but the drama went right down to the wire as the Americans left an open frame in the last. Williams struck before Barrett left two pins standing but his team mate knocked them down for the narrow win.

Williams took advantage of some lane time in the next as he got the better of Bill O’Neill who is enduring a Weber Cup to forget. His 170 tally was the second worst of the event and allowed Williams meagre 185 to take the point.

With Europe looking to close the tournament out in the last game of the Sunday afternoon session, Wes Malott and Bill O’Neill put European celebrations on ice as they posted a solid 235 to take the point. It was O’Neill’s first success of the weekend and came at an opportune time.

“We needed to win there to stay alive so it was important to find my form but I wish I’d have found it on Friday. There have been a lot of problems; I haven’t bowled too well, I haven’t made the right decisions, pretty much everything that could go wrong did go wrong. I got one match there where I did everything right and we won it,” said O’Neill.

Malott added, “There are nine matches this evening so there are nine wins available – they are out there for grabs. There would be nothing better than to go out and win it all tonight.

“The oil seems to have been getting down the lane pretty good with every pattern so to pick the longest pattern, the strategy was to lower the scoring pace a little bit and make the balls not go through the pins as well. We achieved that and were unfortunate with Parker and Tommy in that one match to lose by one pin but that is the way this sport goes sometimes.”