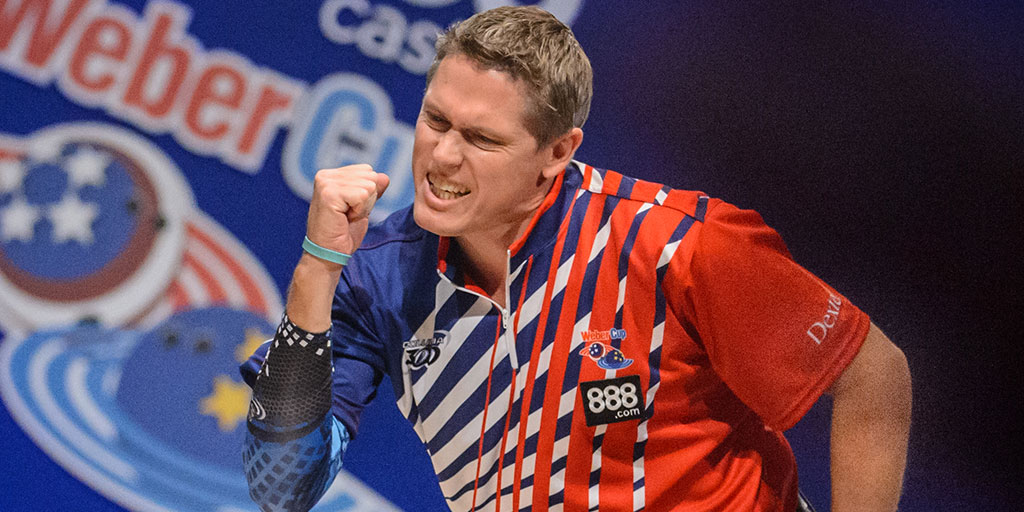 Returning American captain Chris Barnes believes his side have all the ingredients to recapture the Weber Cup from Europe when the 19th annual transatlantic tenpin tussle takes place at Arena MK, Milton Keynes this June 15-17.

Barnes was last slated to lead USA in 2015 but had to withdraw from the tournament due to a back injury. Europe have dominated the intervening period and last year made it a fifth consecutive Weber Cup win.

“Our plan this year is to bring a combination of young super talent, experience, and team chemistry back to our side. We’ve had two of the three over the past few years but it hasn’t proven to be enough to beat the formidable Euro squad.”

Barnes will be making his tenth Weber Cup appearance for Team USA and with five previous wins to look back on has plenty of fond memories. However, alongside fellow returning great Tommy Jones, the 18-time PBA Tour winner is ready to add another title to his collection in front of the passionate European support.

“My favorite memory of the Weber Cup is Tommy Jones throwing the 10th frame of the Baker to win in 2006. I’m very much looking forward to adding another positive memory.

“The UK fans for the Weber Cup are some of the best we have seen anywhere. I have seen darts, so I know what they are capable of.”