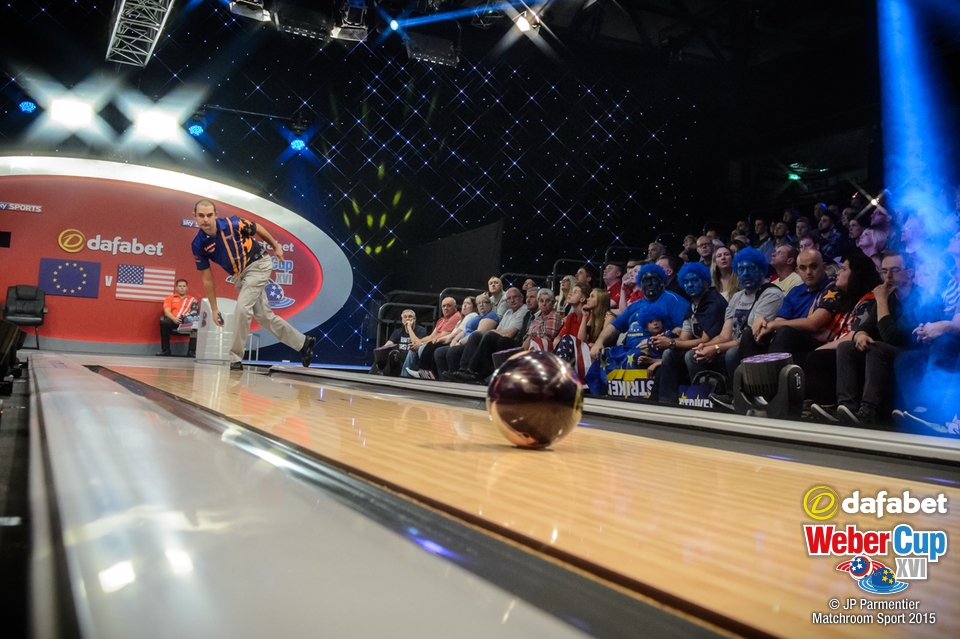 The Weber Cup will move to a new home in 2016, with details to be announced shortly.

As tenpin’s annual transatlantic tussle heads into an exciting new era, Matchroom Sport can confirm the three-day event will take place over the weekend of Friday to Sunday 5th -7th August.

Bowling’s premier team event will be broadcast live throughout on Sky Sports and networks around the world.

After Europe’s emphatic 17-8 victory at Barnsley Metrodome in 2015 a revitalised American side will be coming all guns blazing to England as they attempt to get their hands on the famous trophy for the first time since 2012.

Venue and ticketing details will be announced in due course on this website.