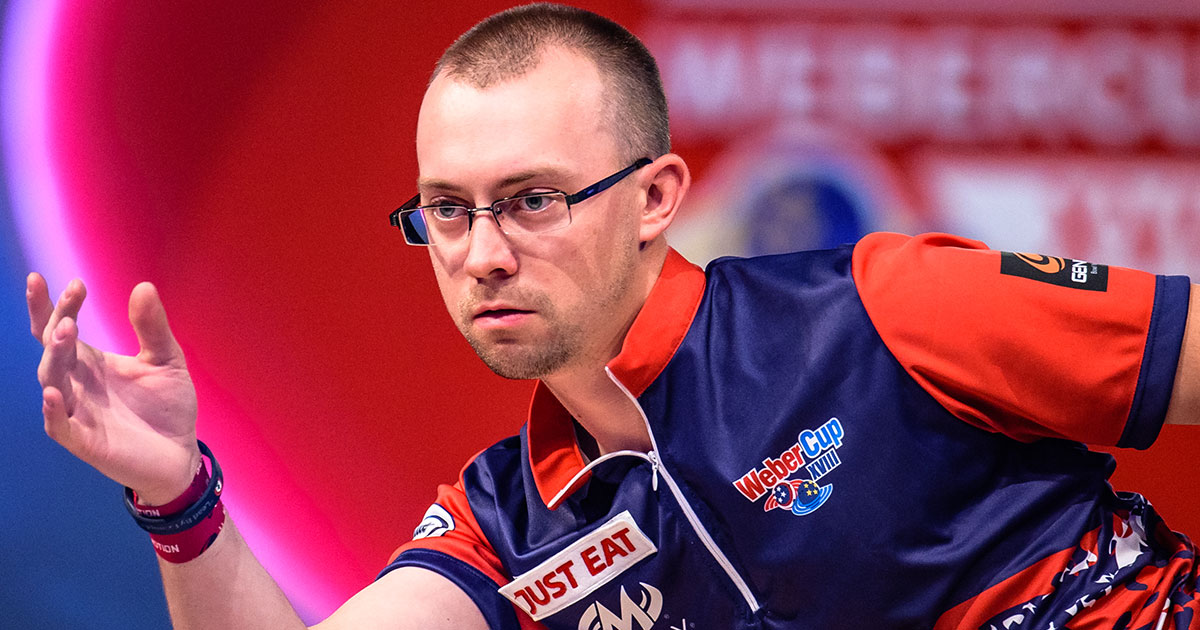 TACKETT BACK TO COMPLETE TEAM USA

EJ Tackett will return to Team USA for this year’s BetVictor Weber Cup after being selected as captain Chris Barnes’ final wildcard for their defence of the trophy.

Tackett will join Barnes, Kyle Troup, Anthony Simonsen and Bill O’Neill on the roster as USA aim to make it three-in-a-row over Team Europe at Morningside Arena, Leicester this October 23-25, live on Sky Sports and DAZN.

Tackett made his Weber Cup debut in 2017 as USA succumbed to Europe, but captain Barnes believes the 11-time PBA Tour winner will get BetVictor Weber Cup redemption this year.

“EJ has been consistently a top-three player on tour for the last five years,” said Barnes of the 2016 PBA World Champion. “I expect his fierce pride and competitiveness to shine through as redemption from his previous Cup experience.”

Both team line-ups are now complete, with five players selected for each side. Dominic Barrett will lead Team Europe with Jesper Svensson, Stuart Williams, Osku Palermaa and rookie Thomas Larsen completing the team.