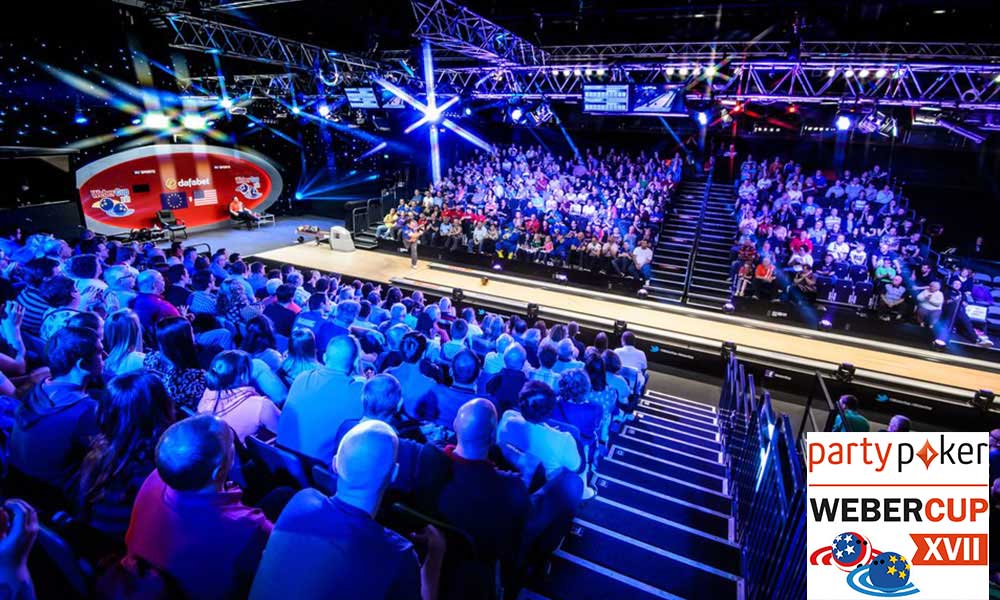 WITH THE WEBER CUP set to get underway in under two weeks, Matchroom Sport is delighted to announce that leading online gaming site partypoker will be the title sponsor of the annual Europe v USA showdown. Taking place from 5th to 7th August at EVENTCITY in Manchester, the partypoker Weber Cup is tenpin bowling’s high pressure version of golf’s Ryder Cup.

In addition to supporting the event both onsite and online, partypoker representatives will be at EventCity over the tournament weekend with an innovative competition for fans offering a large cash prize in a ‘guess the pinfall’ competition.

Commented Matchroom Sport Chairman Barry Hearn; “We are delighted that partypoker have come on board for what is tenpin bowling’s biggest event. We’re now into the 17th year of the Weber Cup so it has a rich and storied history and it is the one where every player desperately wants to be on the winning side.

“We’ll have a big crowd in Manchester, creating that unique atmosphere that the players enjoy playing under. With Europe having won the last two, the overall score is tied up at 8-8 so we’re looking forward to a humdinger of an event.”

Group Head of partypoker Tom Waters said: “We are delighted to be partnering with Matchroom to sponsor the Weber Cup. The Ryder Cup of tenpin bowling sees the finest players battle it out from USA and Europe!

“We always strive to associate the partypoker brand with enjoyable events for not only the players but the viewers too. Attendees will have the chance to take part in the ‘partypoker Guess the total pinfall’ competition with a prize of £1000.”

Europe is lead by captain Dominic Barrett of England who is making his ninth appearance in the event. He is joined by countryman Stu Williams and Martin Larsen and Jesper Svensson, both top ranked Swedes.

ALL TICKETS ARE AVAILABLE FROM www.webercup.com

Every day, thousands of players take a seat at our tables to enjoy cash games, generous tournament prize pools and attractive promotions. Accessible online via web and download or on mobile with iOS and android apps, players can also experience real life partypoker events through their partnership with Dusk Till Dawn Casino, Nottingham or at sponsored World Poker Tour events.

Weber to go to ‘World Scoring’