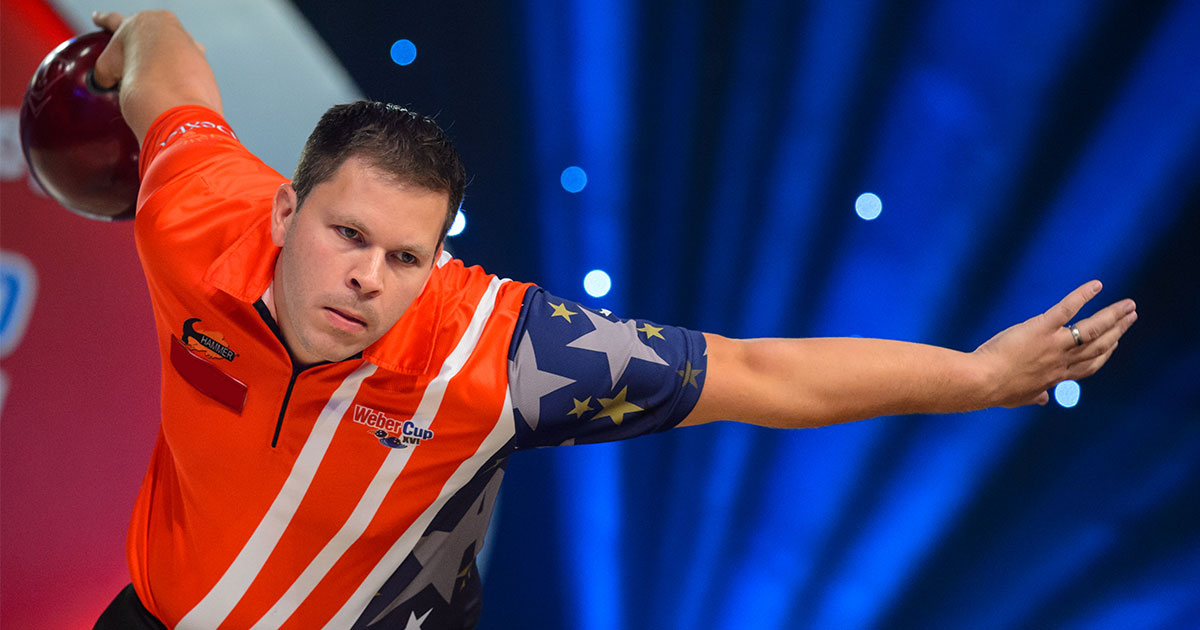 Bill O’Neill says he is ready for his BetVictor Weber Cup redemption, five years after last pulling on the Team USA jersey at the event.

O’Neill was America’s top performer on the PBA Tour Points List this year, earning himself an automatic recall to the team he last represented in 2015. In five previous appearances, O’Neill was on the winning team twice but struggled for individual form as USA fell to Europe in 2014 and 2015, O’Neill’s last appearances at the Weber Cup.

“It’s really cool to be back on the team,” said O’Neill, who is out to prove he can live up to his ‘Real Deal’ nickname at the Weber Cup, which begins on Monday.

“I didn’t think I’d get the chance to come back; it’s pretty difficult to make the team now, you have to be one of the top couple on the points and have to prove your worth to be selected and it’s an honor to get back there.

“I had some pretty rough experiences the last couple of years I was there – I didn’t do too well so I really wanted a chance to come back and redeem myself.

“I went through a couple of years where things just weren’t going right and I knew I needed to make just a couple of small tweaks in my game. I learnt how to bowl the ball a lot slower, which was something which was never part of my game.

“I’m a totally different player now. I have had a lot more TV shows under my belt since then so I’m a lot more accustomed to the TV environment. The way that I look at it, I set such a low bar for myself last time that anything I do for the team will be a huge bonus.”