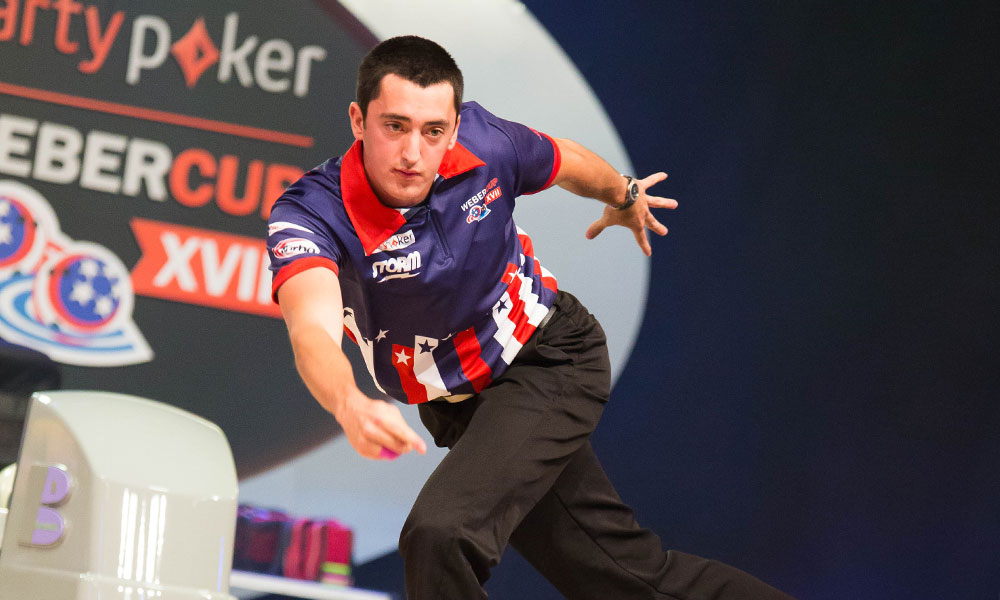 Kent made his tournament debut 12 months ago but was unable to help America prevent a rampant European side from retaining the trophy. The Washington bowler acknowledges that he didn’t have the best starts to his Weber Cup career, winning just one match in 2016 as USA were defeated 19-11 by Europe.

However, the 24-year-old returns to the fold this year and firmly believes his new teammates can help him make amends for last summer’s loss.

“It is an absolute honour to be selected to the team again,” said Kent, who has doubled his career PBA Tour title tally this year by winning the PBA Oklahoma Open and the Lubbock Sports Open.

“I wasn’t sure that I would be coming back after last year’s sub-par performance, but I am excited to be back, and love the teammates that I have this year. It’s redemption time for us.”

Sean Rash leads a new-look team USA with World Champion EJ Tackett also making his debut. Kent and Kyle Troup both made their Weber Cup bows in 2016 and quickly established themselves as fan favourites and return to the American line-up this year.

Europe are unchanged from the side who scored victory in 2016. Dominic Barrett leads the team for a third time as he makes a European record tenth Weber Cup appearance alongside England’s Stuart Williams and Swedish pair Martin Larsen and Jesper Svensson.

LARSEN: WEBER CUP IS THE LANE TO BOWL ON