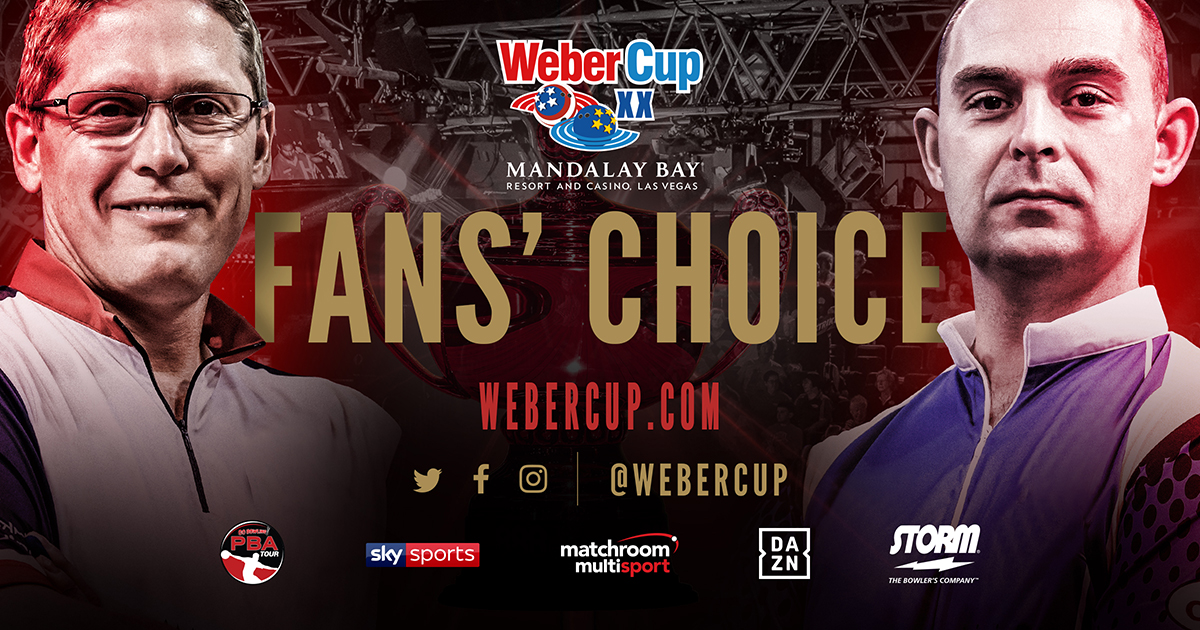 This year the Weber Cup is once again handing power over to the supporters as players to compete the final match of day one will be selected by the fans with voting open now at webercup.com.

Players for the final singles match of the opening session will be chosen by a Fans’ Choice vote, with supporters able to select one American player and one European player at www.webercup.com. The player from each team who receives the most votes will bowl the last match on Tuesday, June 18.

Voting is open now at webercup.com and will close at the end of the seventh match on Tuesday, June 18.

This year’s Weber Cup will be played over four sessions with a mixture of singles, doubles and ‘baker’ team matches. The first team to win 18 matches will be crowned 2019 Weber Cup champions.

The 20th staging of the annual transatlantic tenpin tussle will see America defending their title on home soil at Mandalay Bay Resort, Las Vegas against a European team desperate to get their hands back on the trophy they lost to Chris Barnes’ side last summer.

Tickets are on sale now at www.webercup.com. The Weber Cup will be broadcast live globally, including on Sky Sports in the UK, DAZN in America, Canada, Brazil, Germany, Austria, Switzerland, Italy, Spain and Japan and Viasat in Scandanavia.