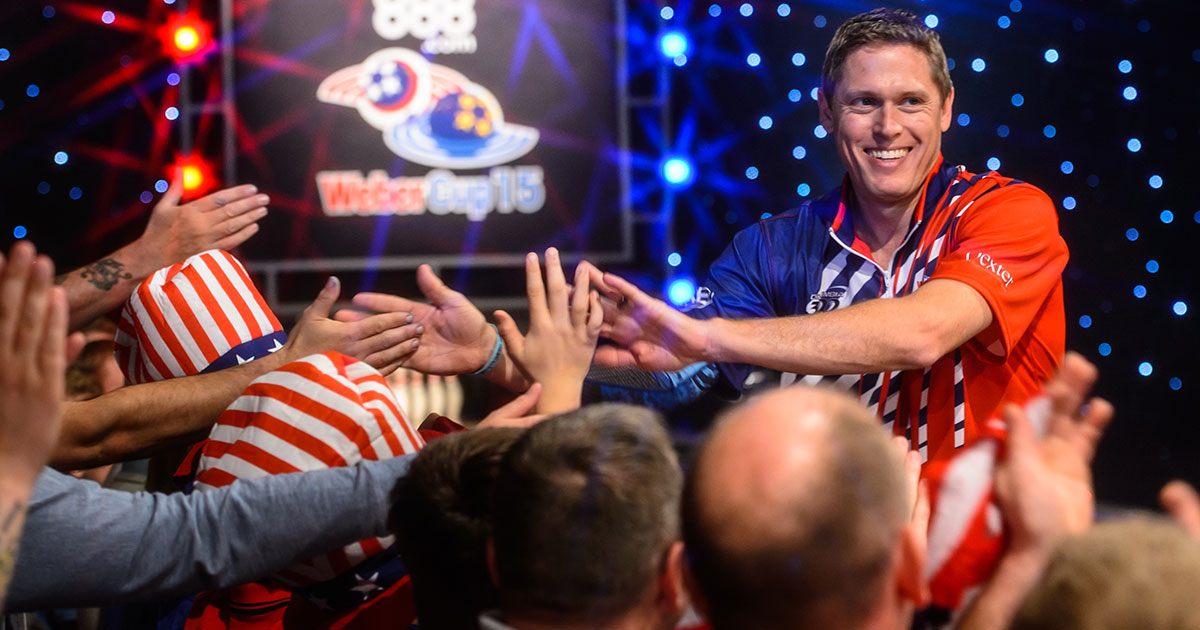 America’s Weber Cup captain Chris Barnes says his side will be bringing a perfect combination of talent, experience and chemistry after missing one of the key ingredients to team success over recent years.

Barnes last led America in 2014 when they suffered an agonising 17-16 defeat to Europe. Injury forced the Kansas native out of the 2015 event and the 18-time PBA Tour winner hasn’t returned since. However, he is back for 2018 and determined to reverse USA’s poor recent Weber Cup form in what will be his tenth tournament appearance.

“Our plan this year is to bring a combination of young super talent, experience, and team chemistry back to our side. We’ve had two of the three over the past few years but it hasn’t proven to be enough to beat the formidable Euro squad.

“Kyle Troup is the most improved player on tour over the last three seasons. His charisma is the spark plug for our team. Anthony Simonsen is mature beyond his years, a great action player who bowls his best in the big moments and Tommy Jones is the most clutch player of the generation. There is nobody I would rather have on my team.

“The UK fans for the Weber Cup are some of the best we have seen anywhere. I have seen darts, so I know what they are capable of!

“My favourite memory of the Weber Cup is Tommy Jones throwing the tenth frame of the Baker to win in 2006 and I’m very much looking forward to adding another positive memory this weekend.”