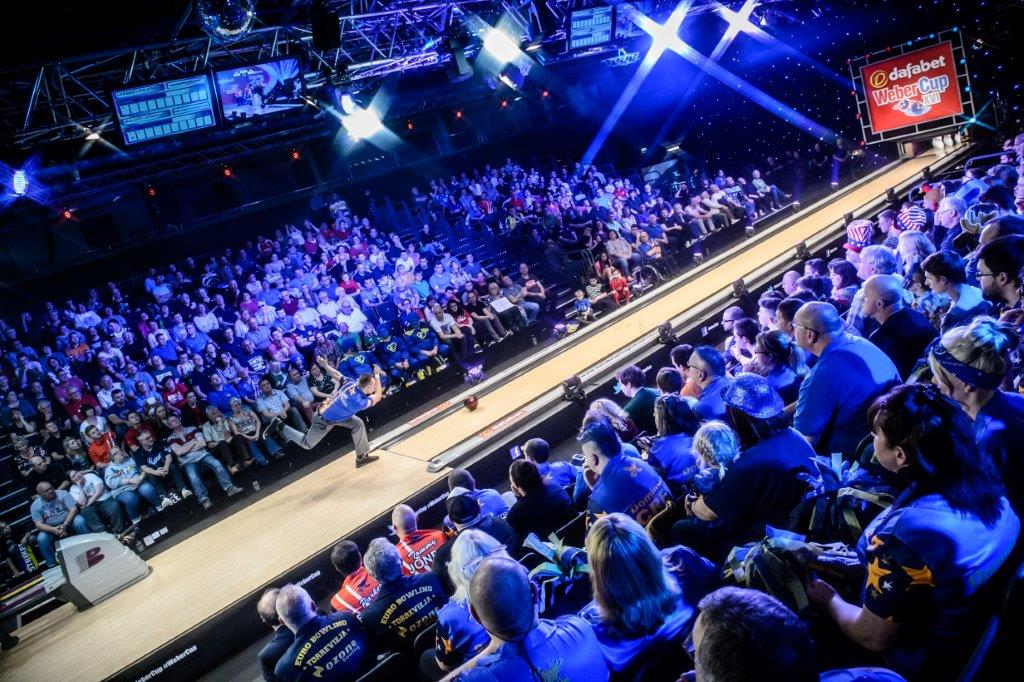 Weber Cup 2017 Back In Barnsley by popular demand!

Matchroom Sport are excited to announce that the Weber Cup will return to the Barnsley Metrodome for the 18th annual running of the famous transatlantic tenpin tussle, with tickets on sale soon.

The Ryder Cup of tenpin was held at the South Yorkshire bowling mecca from 2005 to 2015 and developed a reputation of the sports No.1 TV venue.

Last year Europe romped to a 19-11 victory over USA, making it four wins in a row for the side captained by Dominic Barrett. A revitalised American squad will travel to Yorkshire this year with their sight set on revenge, and the famous trophy.

Teams for both Europe and USA, along with ticket details, will be announced shortly. A Matchroom Sport spokesperson said: “We are thrilled to be returning to Barnsley Metrodome for the 18th annual Weber Cup.

“Barnsley Metrodome has a long-standing history with the event and some of the best ever Weber Cups have taken place there. The Weber Cup has always received great support in Barnsley and we’re sure this year’s contest will be no different.

“After last year’s result the American team needs some new inspiration and we know tenpin fans will be as excited as we are when the new names joining the team are announced.”

The Weber Cup will be staged over five sessions – on the evening of Friday 8th followed by afternoon and evening sessions on both Saturday 9th and Sunday 10th September. The tournament will be produced by Matchroom Sport television and broadcast live on Sky Sports as well as other channels around the world.