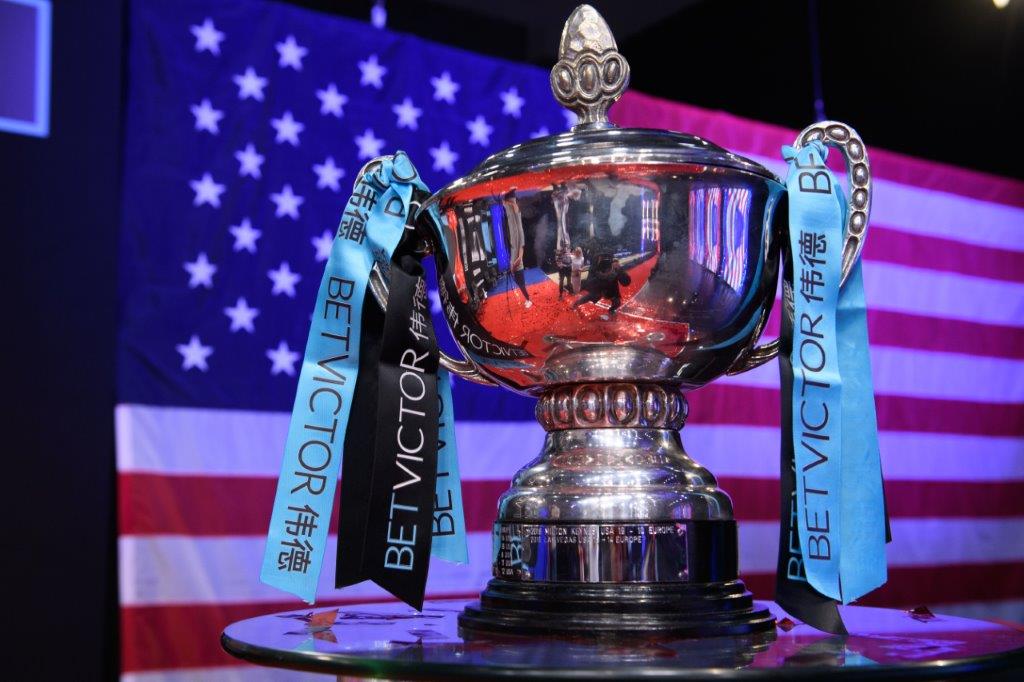 The 2020 BetVictor Weber Cup saw UK viewing figures rise by over 150% compared to 2019, as fans unable to attend tuned in to Sky Sports Main Event to see Team USA defend their title, despite a strong European fight back on the final day.

The annual transatlantic tenpin tussle was staged behind closed doors at Ricoh Arena, Coventry, from Monday to Wednesday, with players inside a bio-secure bubble in line with government guidelines.

Players were able to travel to the UK under Elite Sports Person Exemptions and were met on arrival to the country and driven directly to the venue for Covid-19 testing. All players were also tested before travelling to the UK and were only allowed to board their flights after receiving a negative test result.

With spectators unable to attend, record numbers tuned in to the UK broadcast, which was shown on Sky Sports Main Event, Sky Sports Mix and Sky Sports Arena. Fans were still able to get involved by taking part in Fans’ Choice votes to determine the line-up for two of the matches, and fan images were displayed on lane-side screens to ensure both teams were still well supported on the famous BetVictor Weber Cup lane.

Team USA won the event 23-18. Europe had dominated the final day but USA’s impressive first-day showing had given them what proved to be an unassailable lead. Among the highlights of the event was Anthony Simonsen’s perfect 300 game, the eighth in BetVictor Weber Cup history, and a EJ Tackett’s Weber Cup redemption; having struggled on debut in 2017, Tackett was crowned MVP this time around and bowled the winning match for USA.

Emily Frazer, Managing Director of Matchroom Multi Sport, said: “The BetVictor Weber Cup showcased tenpin excellence by a solid Team USA. With a change in arena design, recorded crowd chants and reactions on strikes, viewers at home were given the opportunity to not only watch the finest bowlers from USA and Europe but also feel part of an engaging and atmospheric event.

“Despite no live spectators, the aim was to keep fans at home interested and involved, with increased fans choice matches which saw thousands of fans vote for their favourite players. A different presentation team was incorporated into the show to give a fresh and insightful look on the event, oil patterns and technique.

“There is a lot more to the BetVictor Weber Cup than a bowling lane and strikes and the aim was to guide our viewers at home through the event with us. With no fans in the arena to pump up the players, the aim was to keep their spirits high and create an intense and exciting atmosphere for them – which we successfully achieved. A fantastic event, and the viewing figures prove it!”

The BetVictor Weber Cup will return in 2021. Register now at www.webercup.com to be the first to hear news of next year’s event.