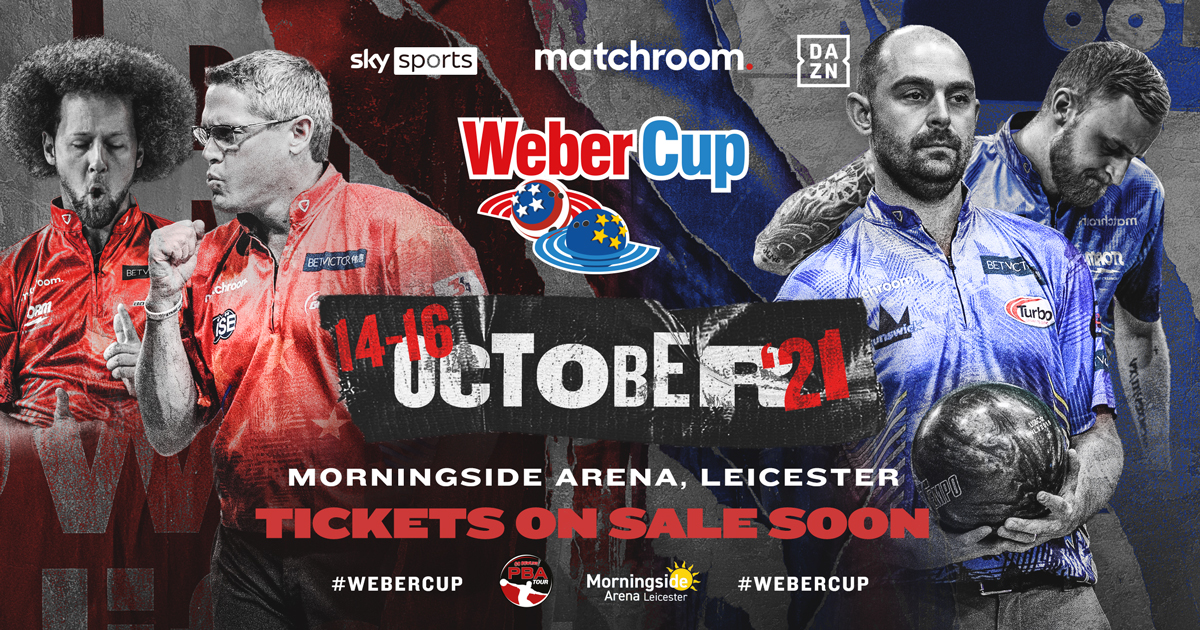 Matchroom Multi Sport is excited to reveal tickets for the 2021 Weber Cup at the Morningside Arena, Leicester, October 14-16 will go on sale for ticket alert subscribers and 2020 ticket holders on Tuesday, September 7 with general sale tickets to follow on Wednesday, September 8 with revolutionary plans to transform the fan experience in bowling’s transatlantic tenpin tussle between Europe and the USA.

The two teams are nearly decided with Richard Teece set to make his Weber Cup debut for Team Europe whilst the USA’s Chris Barnes has selected two debutants in Chris Via and Tom Daugherty. Europe will arrive looking for payback having lost the last three cups whilst the USA are looking to assert further dominance on their counterparts. You can view the full team news so far here.

Last year Europe bounced back after a heavy opening session defeat but they left it with too much to do as Barnes’ side cruised to victory in the end to make it a three-peat in Coventry.

Tickets will be available via www.webercup.com with ticket alert subscribers and 2020 ticket holders receiving an email with their pre-sale ticket link at 9:30 am UK time on Tuesday, September 7. Register for ticket alerts here.

General sale will open at 09:30 am UK time on Wednesday, September 8 at www.webercup.com